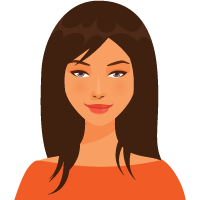 A few months ago, I realized that I had a real problem with my left foot. Whenever I started running, I would have this piercing pain alongside my arch, and it was really uncomfortable. I decided that I couldn't let the problem continue, since it started to affect my ability to work out. I thought about it and decided to go to the podiatrist so that I could start finding a solution. It was amazing how much of a difference it made. My doctor found the problem, recommended a treatment, and taught me how to keep the issue from happening again. My blog discusses all things foot-related, from finding cool socks to recognizing the symptoms of injury.

4 Points to Know About Plantar Fascittis

Surprisingly Little is Known About its Causes

Plantar fasciitis is one of the most common of all foot problems, but podiatrists actually know very little about its actual causes. While they know it is an irritation of the foot tissue called the "plantar fascia," they aren't exactly sure what causes it.

The original theory was that it was caused by chronic inflammation, which was in turn caused by repetitive foot impact against the ground. However, when they actually studied fascia tissue in people with plantar fasciitis, they found almost no incident of inflammation.

As a result, science is now a bit baffled by the condition and is considering changing its name because the suffix "-itis" refers to conditions caused by inflammation.

May Lead to Back Pain

Once plantar fasciitis develops, it can often begin spreading pain up to the point where it actually creates lower back pain. This is caused by what can be considered a domino-like effect that begins when your heel can't offer you proper support. That lack of support can cause pain in your ankle, which spreads to your calf, your thigh, and potentially your back.

Has Many Treatment Options

Plantar fasciitis can be treated by a wide variety of methods. Often, ibuprofen or naproxen medicines can help alleviate most of the acuteness of the pain of the problem. Physical therapy procedures, such as stretching, night splints, heel cups, and cushions have also been shown to help.

Chronic instances of plantar fasciitis use more severe corrective procedures, such as surgery to remove the plantar fascia, steroid shots, and extracorporeal shock therapy. The latter treatment is literally sound waves shot at the foot. While it can cause some bruises and swelling, it may be effective for more chronic pain.

Now that you understand plantar fasciitis a bit more fully, you can have better discussions with podiatrists through clinics like Collier Podiatry PA. This can lead to quicker diagnosis, more accurate treatment, and a fuller, more satisfying recovery.